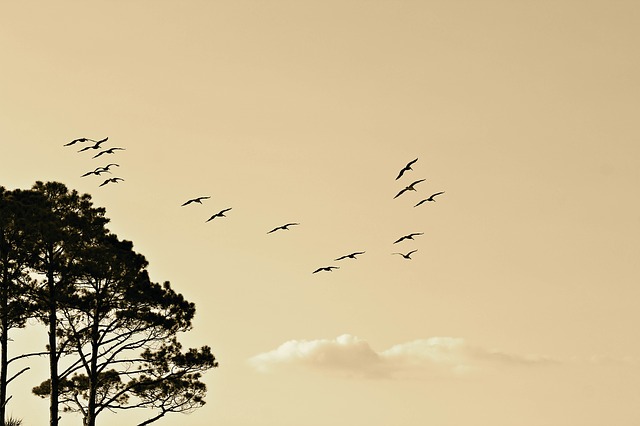 In the wake of the conquest of Makkah, in the eighth year after the Hijrah, most of the Arabian Peninsula communities wittingly entered the fold of Islam.

In the wake of the conquest of Makkah, in the eighth year after the Hijrah, most of the Arabian Peninsula communities wittingly entered the fold of Islam. Those who declined to do so – covertly or otherwise – peacefully accepted the rule of Islam and the Muslims. It was around this time that the Prophet (pbuh) proclaimed that there is no Hijrah (migration) to Madinah after the take-over of Makkah; there remained only jihad and niyyah (intending good in all actions) afterwards. The Prophet (pbuh) used to encourage people from then on to stay where they were, and to contribute whatever they could in implementing and disseminating the Word of God elsewhere, since “To Allah belongeth all that is in the heavens and on earth…” (al-Baqarah 284), and “To Allah belong the East and the West: whithersoever ye turn, there is Allah’s Face. For Allah is All-Embracing, All-Knowing” (al-Baqarah 115).

At first, owing to the conditions which the Muslims and Islam were living through in Makkah, performing the Hijrah was imposed as an individual duty, particularly after the successful formation of the Muslim community in Madinah had come to pass. Undertaking the Hijrah was incumbent on each person because of the dangers the Muslims were exposing themselves to in Makkah and elsewhere. Such dangers, some of which were life threatening, incapacitated the followers of Islam from living peacefully and practicing under normal circumstances their new religion. Also, the Hijrah was an individual duty because the young community in Madinah was in dire need of abundant human resources with diversified capabilities and talents. The city-state of Madinah needed to evolve swiftly into a strong, thriving and respectable community capable of defending itself and its ideals.

According to some scholars, because it was the home of the Hijrah, Madinah was declared a Haram (sanctuary) so that its rich and delightful natural environment could be preserved and kept intact. In turn, the people were expected to be lured to migrate and settle therein. Urging the people to take the trouble to migrate to Madinah, Allah says in the Qur’an: “Those who believed, and migrated and fought for the Faith, with their property and their persons, in the cause of Allah, as well as those who gave (them) asylum and aid -, these are (all) friends and protectors, one of another. As to those who believed but did not emigrate ye owe no duty of protection to them until they emigrate; but if they seek your aid in religion, it is your duty to help them, except against a people with whom ye have a treaty of mutual alliance. And (remember) Allah seeth all that ye do” (al-Anfal 72).

Allah also says: “When angels take the souls of those who die in sin against their souls, they say: ‘In what (plight) were ye?’ They reply: ‘Weak and oppressed were we in the earth.’ They say: ‘Was not the earth of Allah spacious enough for you to move yourselves away (from evil)?’ Such men will find their abode in Hell. – What an evil Refuge! – Except those who are (really) weak and oppressed – men, women, and children who have no means in their power, nor can they find a way (to escape), for these, there is hope that Allah will forgive: for Allah doth blot out (sins) and forgive again and again. He who forsakes his home in the cause of Allah, finds in the earth many a refuge, and abundance should he die as a refugee from home for Allah and His Messenger, his reward becomes due and sure with Allah: and Allah is Oft-forgiving Most Merciful” (al-Nisa’ 97-100).

The Prophet (pbuh) also encouraged the people to migrate to and remain in Madinah by numerous sayings and actions of his. The Prophet’s language in this respect varied: he would sometimes single out the positive sides of the city, and at other times, he would try to lessen and, if possible, eliminate totally the damaging impact of the city’s disadvantageous aspects on the migrants’ easy and stress-free acclimatization and settling down. For instance, shortly after his arrival in Madinah, when some of the Migrants were down with unbearable fever, the Prophet (pbuh) prayed: “O Allah, make Madinah as congenial and dear to us as You made Makkah congenial and dear, or more than that. Make it conducive to health, and bless us in its sa’ and its mudd (sustenance), and transfer its fever as far as al-Juhfa.”

He said: “For one who shows endurance on the hardships and rigor of it (Madinah) I would be an intercessor or a witness on his behalf on the Day of Resurrection.”

Also: “He who intends to do harm to the people of this city (Madinah) Allah would efface him as salt is dissolved in water,”

“There are angels guarding the entrances (roads) of Madinah, neither plague nor Dajjal (the Impostor, Antichrist) will be able to enter it.”

When appointing anyone as the leader of an army or detachment, the Prophet (pbuh) would exhort him to adhere to the Islamic ethics concerning everything that he and the soldiers might have to come into contact with, such as spoils distribution, the treatment of enemy’s dead bodies, the treatment of the children and women of enemies, the treatment of prisoners, and the like. The Prophet (pbuh) would insist that enemies firstly be invited to accept Islam. If they did so, they would then be invited to migrate from their lands to the land of the Migrants (Madinah), if they wanted to have all the privileges and obligations of the Migrants. However, if they refused to migrate, they would then have the status of Bedouin Muslims, that is to say, they would be subjected to the commands of Allah like other Muslims without receiving any share from the spoils of war or land tax (fay’), except if they actually fought along with the other Muslims.

This Madinah sentiment was in sharp contrast with what was transpiring in Makkah prior to the Hijrah, when the Prophet (pbuh) and those who followed him felt insecure and uncertain about almost anything that the upcoming days had in store for them. During such times, it was as good as impossible to have any elaborate long-term plans as to the future of the community which was short of liberty, land, sovereignty and security. It has been reported that during an early phase of this precarious period, a man called Abu Dharr – later, one of the prominent companions – arrived all the way from his tribe Banu Ghifar, lying on the Hijaz trading route to Syria, to meet the Prophet (pbuh) and embrace Islam. Having accomplished what he had come for, and having been beaten on two occasions in two consecutive days by the Quraysh in the process because he cried out aloud declaring his Islam in close proximity to the Ka’bah where the Quraysh noblemen were assembled, Abu Dharr was then asked by the Prophet (pbuh) to go back to his people and invite them to Islam until his new command reached him.Eventually, Abu Dharr not only converted his tribe Banu Ghifar to Islam, but also the tribe of Banu Aslim in their own country.
Wait for Part II of this post by: