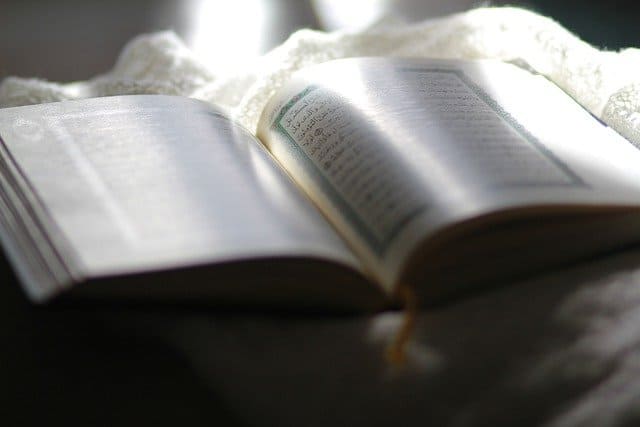 Surah Al- Kahf is the 18th chapter of the Holy Quran that comprises of 110 verses (Ayat), and it is highly recommended that Muslims recite it on the Night before Friday or on Friday itself, preferably during the morning so as to not forget.

Ibn Abidin said, And it is best to do so early on Friday, in order to  avoid forgetting.  [Ibn Abidin, Radd al-Muhtar, Bab al-Jumu`ah]

The Surah starts with the story of a number of youngsters who took shelter in a cave (accompanied by a dog) after facing hardships as a result of accepting their Faith in Allah and went into deep sleep that lasted for long years. The primary lesson highlighted in the Surah that whoever seeks the protection of Allah and believes in Him Allah suffices him, protects him and shields him against any harm, same way the cave was a shield and a source of protection to those youngsters who fled to it to escape the Kings who sought their harm after they became devoted believers in Allah.

Surah Al- Kahf is one Surahs of the Quran, that is rich in virtues as well as lessons derived from the parables mentioned in it.

But why are we advised to recite Surah Al Kahf each Friday to start a new coming week with clear mind and renewed energy?!

1- Protection against Al- Dajjal, or the False Messiah

Abu Darda’ reported the messenger of Allah (PBUH) as saying: If anyone learns by heart the first ten verses of the Surah al-Kahf, he will be protected from the Dajjal.  ‏

Dajjal (Or AL Masih Al- Dajjal) is the false messiah, a liar person who will appear towards the end of the world and attempt to deceive people., It is said that he will first appeare in an area in the East, between Syria and Iraq.

2 – Being a source of light that will envelop your life till the following Friday:

Abu Sa’id reported the Prophet as saying, “If anyone recites sūra al-Kahf (Qur’ān, 18) on Friday, light will shine brightly for him till the next Friday.”

It was narrated that Ibn ‘Umar (radiyallahu anhuma) said: “The Messenger of Allah (PBUH) said: ‘Whoever reads Surat al-Kahf on the day of Jumu’ah (Friday), a light will shine for him from beneath his feet to the clouds of the sky, which will shine for him on the Day of Resurrection, and he will be forgiven (his sins) between the two Fridays.’”

[Al-Mundhiri said, this   was narrated by Abu Bakr ibn Mardawayh in his Tafseer, with an isnaad with which there was nothing wrong]

From Abu Sa’eed al-Khudri (radiyallahu anh), who said: “Whoever reads Surat al-Kahf on the night of Jumu’ah (Friday), will have a light that will stretch between him and the Ancient House (the Ka’bah).”  [Narrated by al-Daarimi]

“Whoever reads Surat al-Kahf on the day of Jumu’ah (Friday), will have a light that will shine from him from one Friday to the next.”  [Narrated by al-Haakim al-Bayhaqi].

1- ”Companions of the Cave” – Seek protection only from Allah!

The Surah starts with the parable of the youngsters who fled their city being persecuted as a result of their faith and took shelter in a cave, where Allah made them sleep for 300 solar years. When they woke up they could feel that they slept for one a day or half a day.

“Have you ˹O Prophet˺ thought that the people of the cave and the plaque1 were ˹the only˺ wonders of Our signs? Remember˺ when those youths took refuge in the cave, and said, “Our Lord! Grant us mercy from Yourself and guide us rightly through our ordeal. So We caused them to fall into a dead sleep1 in the cave for many years, then We raised them so We may show which of the two groups would make a better estimation of the length of their stay. We relate to you ˹O Prophet˺ their story in truth. They were youths who truly believed in their Lord, and We increased them in guidance. And We strengthened their hearts when they stood up and declared, “Our Lord is the Lord of the heavens and the earth. We will never call upon any god besides Him, or we would truly be uttering an outrageous lie. Since you have distanced yourselves from them and what they worship besides Allah, take refuge in the cave. Your Lord will extend His mercy to you and accommodate you in your ordeal. And you would have seen the sun, as it rose, inclining away from their cave to the right, and as it set, declining away from them to the left, while they lay in its open space. That is one of the signs of Allah. Whoever Allah guides is truly guided. But whoever He leaves to stray, you will never find for them a guiding mentor. And you would have thought they were awake, though they were asleep. We turned them over, to the right and left, while their dog stretched his forelegs at the entrance. Had you looked at them, you would have certainly fled away from them, filled with horror. And so We awakened them so that they might question one another. One of them exclaimed, “How long have you remained ˹asleep˺?” Some replied, “Perhaps a day, or part of a day.” They said ˹to one another˺, “Your Lord knows best how long you have remained. So send one of you with these silver coins of yours to the city, and let him find which food is the purest, and then bring you provisions from it. Let him be ˹exceptionally˺ cautious, and do not let him give you away. For, indeed, if they find out about you, they will stone you ˹to death˺, or force you back into their faith, and then you will never succeed. That is how We caused them to be discovered so that their people might know that Allah’s promise ˹of resurrection˺ is true and that there is no doubt about the Hour.1 When the people disputed with each other about the case of the youth ˹after their death˺,2 some proposed, “Build a structure around them. Their Lord knows best about them.” Those who prevailed in the matter said, “We will surely build a place of worship over them. Some will say, “They were three, their dog was the fourth,” while others will say, “They were five, their dog was the sixth,” ˹only˺ guessing blindly. And others will say, “They were seven and their dog was the eighth.” Say, ˹O Prophet,˺ “My Lord knows best their ˹exact˺ number. Only a few people know as well.” So do not argue about them except with sure knowledge,1 nor consult any of those ˹who debate˺ about them. And never say of anything, “I will definitely do this tomorrow, without adding, “if Allah so wills!” But if you forget, then remember your Lord, and say, “I trust my Lord will guide me to what is more right than this.They had remained in their cave for three hundred years, adding nine.Say, ˹O Prophet,˺ “Allah knows best how long they stayed. With Him ˹alone˺ is ˹the knowledge of˺ the unseen of the heavens and the earth. How perfectly He hears and sees! They have no guardian besides Him, and He shares His command with none.”

It’s a story that stresses the morale that he who seeks shelter and protection of Allah Allah suffices him and protects him regardless of the surrounding circumstances.

Indeed Allah never fails His pious servants who seek His aid and protection.

2- The parable of the Man with Two Gardens – The Value of Gratitude:

“Give them ˹O Prophet˺ an example of two men. To ˹the disbelieving˺ one We gave two gardens of grapevines, which We surrounded with palm trees and placed ˹various˺ crops in between.

The story of the men who had two rich gardens but wasn’t grateful or thankful for Allah for the blessings He bestowed upon  him. Thus, Allah took away the gardens from Him.

The morale from this parable is never boast and grow arrogant no matter how wealthy or mighty you become, it’s all in the hands of God. Arrogance will never serve you well, on the contrary it will destroy you and whatever you have.

Know that your wealth is a gift from Allah who only has the power to keep or destroy it.

Prophet Muhammad (PBUH) said: “Allah Most High says: Pride is my cloak and majesty is my lower garment, and I shall throw him who view with me regarding one of them into Hell.”

Prophet Moses met a pious servant of Allah named Al- Khidr, some historians mention that he later became a Prophet, and as they went through a journey through which they came across many incidents involving people, each incident carries a lesson which Prophet Moses was haste to learn and Al- Khidr kept asking Prophet Moses to stay patient.

This parable is a clear example of being patient which seeking knowledge.

Seek after knowledge and be resilient and humber in seeking it and earning it. Also while seeking knowledge don’t haste or rush the results or the judgement that you now know it all.

It is the story of a mighty yet pious kind and Servant of Allah whom Allah provided him with might and power.

Regardless of the original identity of Dhul Qardayan which historians differed in explaining, Dhal Qarnayn saved a community who sought his help agains Gog and Magog who caused mischief and disaster in their lands. So he build a wall against them.

In a nutshell, there is simply no better way to start a brand new whole week with a clear mind and heart other than reviving the thought that one is under the protection of Allah even from the trials of Al- Dajjal and having divine light embracing you throughout the whole week.