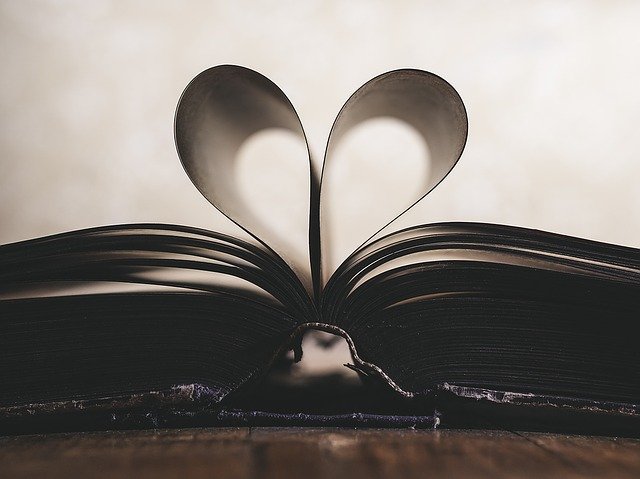 There are days when I’m so lost and confused, upset and disheartened, overwhelmed with all sorts of emotions none of which, however, I am really acquainted with. On one occasion, I couldn’t take it anymore on my own, so I took it to the Almighty in prostration. I most sincerely asked Him to help me. I told Him everything I could put into words, and the rest I left silently in my heart knowing that He knows and hears those as well. I told Him I was at a loss and desperately needed His help, so much so that I did not even know what kind of supplications to make anymore. I knew that He was always there for us, and that He will always take care of what is His, in this case His poor sorry and penitent servant.

As soon as I ended my prayers, I picked up the Qur’an, and the first verse that popped out was: “And keep yourself patient (by being) with those who call upon their Lord in the morning and the evening, seeking His countenance. And let not your eyes pass beyond them, desiring adornments of the worldly life, and do not obey one whose heart We have made heedless of Our remembrance and who follows his desire and whose affair is ever (in) neglect” (18:28).

At once tears started rolling down my cheeks and my heart became saturated with awe and contentment. I felt as though Allah was talking to me directly, instantly answering the calls I just made. It was like He was telling me most tenderly that He knows best everything I was going through, and that I should continue to be patient and strive on His path, for as long as I keep Him close to myself, everything will be alright.

At times like this I wish I had studied the Qur’an and the boundless ocean of its meanings and wisdom more eagerly and more systematically. I wish I had a stronger and more meaningful relationship with it. I wish I had picked up the habit of reciting it along with its translations and commentaries for the purpose of seeking more comprehensive and profound knowledge about my beautiful deen which, in turn, will have strengthened my faith (iman). I wish I had joined my friend in a tahfeez (Qur’an memorization) program my high school was offering. I remember tearing up when I found out that she managed to memorize the whole Qur’an a few years later. I had goose bumps all over my hands at that moment. I wish I was like her.

Growing up, I have always been taught that the Qur’an overflows with miracles and elements of inspiration and guidance compatible with all ages and conditions, individual and societal. The Qur’an is the Word of the Almighty for His servants. The Qur’an is comprehensive in nature. It reveals and speaks about everything people need to know in order to live a peaceful, meaningful and happy life. In short, the Qur’an is a sign of Allah’s ultimate care for His servants so that “…on them shall be no fear, nor shall they grieve” (2:38) neither in this world nor in the hereafter.

So, I asked myself: “Why haven’t I had a stronger bond with the holy Book, the true Word of Allah? Why didn’t I read it more persistently with gladness and enthusiasm, conscientiously learning its meanings and reflecting upon its messages?”

As I deeply contemplated these questions, I got some answers.

I recalled reciting quickly a few pages every day, just in order to tick it off my daily schedule. I would read mechanically through those pages without translation, not understanding a single verse. During the month of Ramadan, it felt like my friends and I were in a big Qur’anic race where quantity mattered more than quality. We would all mumble through the holy pages as fast as we could, struggling to finish the whole Qur’an within the holy month.

Fulfilling the task at hand, however, neither increased my knowledge of my religion nor did it generate any significant impact on my life activities and interactions. SubhanAllah and astagfirullah, the whole thing bore a resemblance to parrot-like word-calling processes.

There’s a Malay proverb to the effect that “you cannot love what you do not know”. Accordingly, knowledge and contemplation of the words of Allah will bring us immense peace and joy, as the Qur’an is filled with guidance, wisdom, blessings and mercy. Immeasurable love for it will be the next stage. One of the many verses that talks about this very status of the Qur’an declares: “Verily We have revealed the book to you in truth for instructing mankind. He that receives guidance benefits his own soul, but he that strays injures his own soul” (39:41).

Thus, aside from securing great rewards for merely reciting the Qur’anic verses, much greater rewards await those who recite them with understanding and contemplation, trying to apply them as much as possible in their daily life struggles. Allah urges us to recite, understand and apply the Qur’an simply because the Qur’an was sent as a guide to mankind and a clear guidance and judgment (so that mankind will distinguish from right and wrong). The Qur’an, it goes without saying, can benefit not only Muslims, but also non-Muslims, as it is attuned to the intrinsic nature and aspirations of man. Allah thus says: “Will they then not contemplate the Qur’an? Or are there locks upon (their) hearts?” (47:24).

There are many ways to learn the Qur’an with ease nowadays, the most basic being recitation of the holy Book along with its translations and simple commentaries side by side. There are also many applications for all types of technological devices that can play the audio of both the Qur’anic recitation in Arabic and its translations in virtually all languages. This is very good especially when a person is occupied with work or household chores. Just hit the play button and calmly get through your errands. For more comprehensive commentaries and explanations, there are now so many videos of prominent and trustworthy scholars, such as Mufti Menk, Omar Suleiman, Nouman Ali Khan, etc., on YouTube that explain things in remarkably systematic and captivating ways.

Admittedly, overburdening my ears (and heart) with music was a major distraction from my journey towards the love and appreciation of the Qur’an. Music would often play in the background when I drove or studied, did laundry or jogged. Then, if music was not being played, I’d usually and unconsciously chant random song words since, more often than not, numerous songs always stuck and reverberated in my head.

A good friend of mine shared an advice given to her by her dad. He said: “For all the times and occasions you listen to music, if they are replaced with listening to the Qur’an you would be able to memorize a good amount of surahs, the beautiful words of God, with much more positive results and consequences for your body, mind and soul.”

Those words really got to me, and he was absolutely right. I decided to start off with regularly listening to the Qur’an, both in Arabic and with translation, while driving. I chose a few of my favorite surahs recited by my favorite reciters, and I would play and listen to them over and over again. With the help and will of Allah, I found myself reciting along with the reciters with ease. Then I would chant the memorized verses throughout the day, consciously or otherwise.

The feeling to have the Qur’an stuck in my head (and heart) gives me inexpressible serenity and gratification. Choose your favorite reciter(s) (mine are Abdulrahman Sudais and Maher alMuaiqly) and let the beautiful sounds and intense messages of the Qur’an fill your home, car and workplace. As you become more familiar with the Qur’an, your thoughts and actions will proportionately become more compatible and will be on the same wavelength with its messages and wisdom as well.

Finally, you will fall in love with the Qur’an, as a result of which the whole life, all of a sudden, will become one sweet song of incessantly worshipping, glorifying and singing praises to your Creator, Master and Cherisher. You will then start living life not according to your own limited and often flawed knowledge and will, but according to the infinite revealed knowledge and will of the Creator and Sustainer of life. And that is that fine line between spiritual as well as ethical triumph and failure.

Let the holy month of Ramadan (the month of the Qur’an) and its immediate aftermath be the stepping stone to fostering a strong relationship with the Qur’an that will last forever. Let the Qur’an be our best friend and our greatest companion. Let’s develop gradually a habit of reciting, understanding and implementing the Qur’an out of pure love for it and its heavenly source. Let’s declare a big “No” to such relationships with the Qur’an as are based on ignorance, indolence and parrot-like routines. There are no more appropriate times to embark on the long mission of seeking out the love for the Qur’an than now as we emerge from yet another Ramadan stronger, re-energized and more willing. If not now, when?

May Allah ease this journey for us, and may He accept our efforts.