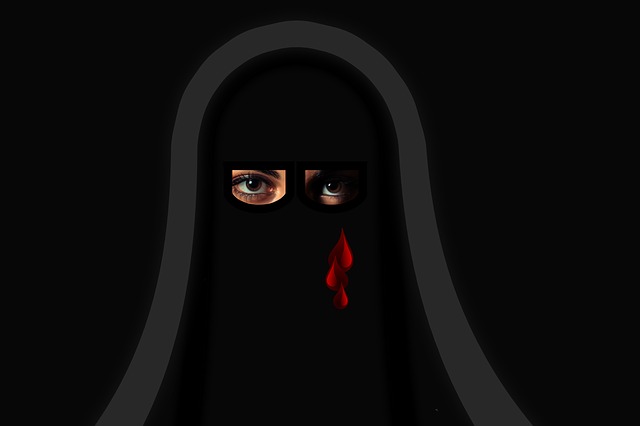 “Be watchful of what the West wants you to think, believe and the lie it presses you to live, for this is the modern method of war. Sending warships is too classical, yet would take place when we Muslims are so warn out by other methods exploited against us- remember; this is what happened in Andalusia. History always repeats itself, no?”

It’s been quite a while since my last column, but that’s due to some researches and studying commitments on my side, I ask you for prayers.

Besides my planning to resume my column this week, what compelled me to write particularly today was a disturbing news headline that didn’t amaze me as much as it disturbed me, it was published on a British online journal, and read “Pentagon instructor urged total war with Islam”.

“A red-faced Pentagon has conceded that an instructor at its Joint Forces College in Virginia for military officers was until recently teaching a course advocating “total war” with Islam that could require obliterating the holy cities of Mecca and Medina without concern for civilian deaths, “ according to the article published on UK’s The Independent

Huh? what happened to the peace loving schemes of the American policy.

Anyways.. regardless of whether this course was obligatory or not, took place or not, was approved by the Obama administration or not, this is one shred of the mentality that is not so rare in the West—I’m not saying the West are warmongers but still.. Islam is one big thorn in the neck of policy makers, it’s one big obstacle hindering their agendas to lay control over the Arabs’ and Muslim Nations’ natural resources and lands.

Does this ring any bell? Does this tell you anything about your Islamic civilization if you don’t already know much about its historical fame and original glory, which although hides under piles of dust of ignorance, materialism, westernization and submission to attempts of brainwashing, is still ripe and still warm with the fuel placed by the great icons that enriched it through the ages– since the Conquest of Mecca all through the expansions of the Muslim states in Asia and North Africa, the Conquest of Andalusia and Constantinpole and the great civilization of Muslims established there, Cordoba, and the stature of Baghdad, the center of education and scientific advancement- let alone the great inventions of Muslim Scholars, physicians, philosophers, artists, and mathematicians over the span of 1000 years that witnessed the peak of the Muslim civilization.

This article ran on The Independent and this disturbing headline involves not just a particular land, people or culture, but the whole 1.5 billion Muslims around the world.

What I intend to say is not that we should hate them back, but I’m simply raising a flag, telling you of what’s happening behind your back without you or your leaders knowing or finding a way to know. There are such ideologies on the other pole of the world that is ruled by mentalities that is aware of the power of Islam and the true extent of its hegemony, for those thinking otherwise, and for Muslims who are themselves unaware of the magnificence of their religion.

However I have to stress, we shouldn’t repeat their mistake, we shouldn’t generalize, and mistakenly believe that the West is a bunch of killers. But behold, when it comes to policy making and political agendas, this is where Islam and its power is feared and viewed as “A Threat”.

Not because it propagates fundamental thought and not because it’s a terrorist doctrine by nature, they know very well this is not what Islam is all about, this wrong misconception is only fed to the media, but simply because Islam is the fastest growing religion and is indeed powerful with its values and teachings.

Chairman of the Joint Chiefs, General Martin Dempsey did voice his rejection of the course in question, and that was at a press conference at the Pentagon, and I will not get into his intention of what he had said. But we Muslims ought to remain alert. For while now actual war is not really the best tool used to occupy nations, other more “peaceful” methods are always used and developed.

If some super power wants to occupy your nation, it doesn’t really have to send its armies and warrior planes in order to do so. Well armed war remains an option, but there are so many different, effective, and less troublesome ways to so. Media is one tool, if you want to feed nations wrong perceptions and unfounded beliefs. Also movies and soap operas if you want to keep a nation in the shadow, away from any scientific, educational or political developments taking place in the world, also if you want to shake their beliefs and even their faith in their religion and make them good for nothing, just living in a bubble. Even cartoons can be one good method if you want to corrupt generations to come—cartoons are a simple and effective way for feeding any wrong and negative values that would settle deep in a child mind and soul.

There’s also the culture of obesity and a similar one of weight phobia, which sends people watching cooking channels 24 hours a day, or simply obsessed about their weight in a way that would make them eager to spend all the money they have to be and remain half their original size and change the way they look.

Cooking is good and watching your weight is definitely wise but the phobic and obsessive attitudes exported to our nations is what intend to keep us in the dark for as long as this living generation would survive, and as long as future generations can be impacted..

Be watchful of what the West wants you to think, believe and the lie it presses you to live, for this is the modern method of war. Sending warships is too classical, yet would take place when we Muslims are so warn out by other methods exploited against us- remember; this is what happened in Andalusia.

History always repeats itself, no?