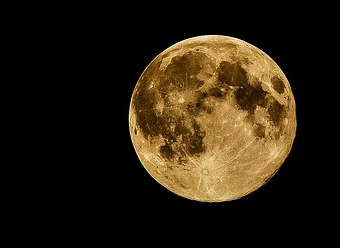 The concluding days of the Blessed Month of Ramadan are about to start, those days of Salvation, the days that carry the Night of Al Qadr, or the Night of Decree. So have you readied your heart, mind and energy?

It’s been like three weeks since I last talked to you, but Ramadan required my full involvement in planning for the content and other administrative tasks, but I thought of dropping a few lines today to remind you and myself of the merits of the last ten days of Ramadan and the Night of Decree and what they mean to us Muslims, lest we miss the blessings and the rewards.

Abu Salama narrated I asked Abu Said, and he was a friend of mine, (about the Night of qadr) and he said: “We practiced Itikaf (seclusion in the mosque) in the middle third of the month of Ramadan with the Prophet. In the morning of the 20th of Ramadan, the Prophet came and addressed us and said, ‘I was informed of (the date of the Night of qadr) but I was caused to forget it; so search for it in the odd nights of the last ten nights of the month of Ramadan. (In the dream) I saw myself prostrating in mud and water (as a sign). So, whoever was in ltikaf with me should return to it with me (for another 10-day’s period)’, and we returned. At that time there was no sign of clouds in the sky but suddenly a cloud came and it rained till rain-water started leaking through the roof of the mosque which was made of date-palm leaf stalks. Then the prayer was established and I saw the Messenger of Allah prostrating in mud and water and I saw the traces of mud on his forehead.” – Sahih Bukhari Chapter No: 32, Night Prayer in Ramadaan (Taraweeh)

Read on to know what is the Night of Power!!

This is the Night of Decree…

Knowing this, do you have a slight doubt that you need to cling to this night, do your best to fetch it and celebrate it as our Prophet, peace be upon him, used to celebrate it? Let me give you more examples from the Sunnah that would give you a bit more clue how to live through the last ten days of Ramadan and celebrate the Night of Al Qadr.

On the authority of Lady Aicha; the Messenger of Allah, pbuh, said: “Search for the Night of Qadr in the odd nights of the last ten days of Ramadan.” – Sahih Bukhari Chapter No: 32, Night Prayer in Ramadaan (Taraweeh)

And on the authority of Ibn Abbas, the Messenger of Allah said: “The Night of Qadr is in the last ten nights of the month (ramadan), either on the first nine or in the last (remaining) seven nights (of ramadan).” Ibn Abbas added, “Search for it on the twenty-fourth (of ramadan).” – Sahih Bukhari Chapter No: 32, Night Prayer in Ramadaan (Taraweeh)

The count down has just started so roll up sleeves, ratchet up your energies, and try your best to fetch the Night that’s better than 1000 months… May Allah accept the best of your deeds and ours, and grant us salvation- Amen!